As excitement continues to build for his superhero origin story as Marvel’s Black Panther, Chadwick Boseman is starring in an origin story for another kind of hero, Supreme Court Judge Thurgood Marshall. Set long before he became the first African-American to sit on the Supreme Court, Marshall chronicles the young attorney’s toughest case as he defended a black chauffer accused of sexual assault and attempted murder by his white employer. With a man’s life in the balance, Marshall and his untested Jewish attorney he partnered with, played by Josh Gad, worked together to unravel the truth in a shocking case that would lay the foundation for the civil rights movement. 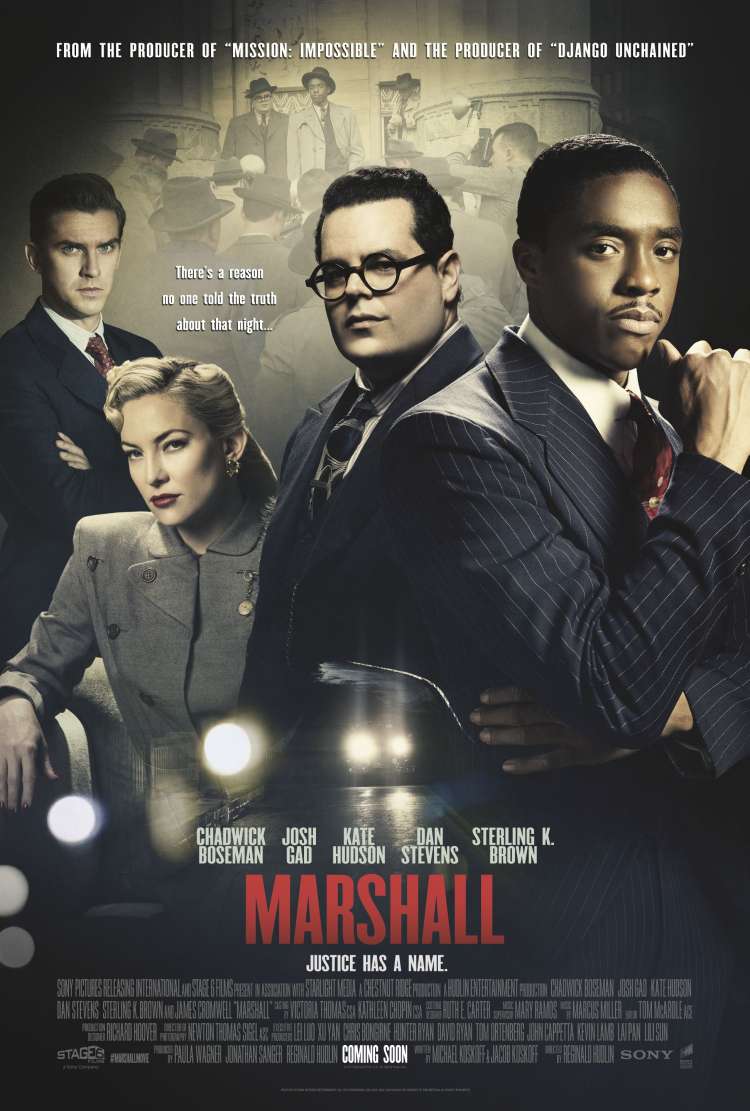 His Name Means JusticeCLICK TO FIND OUT MORE
15