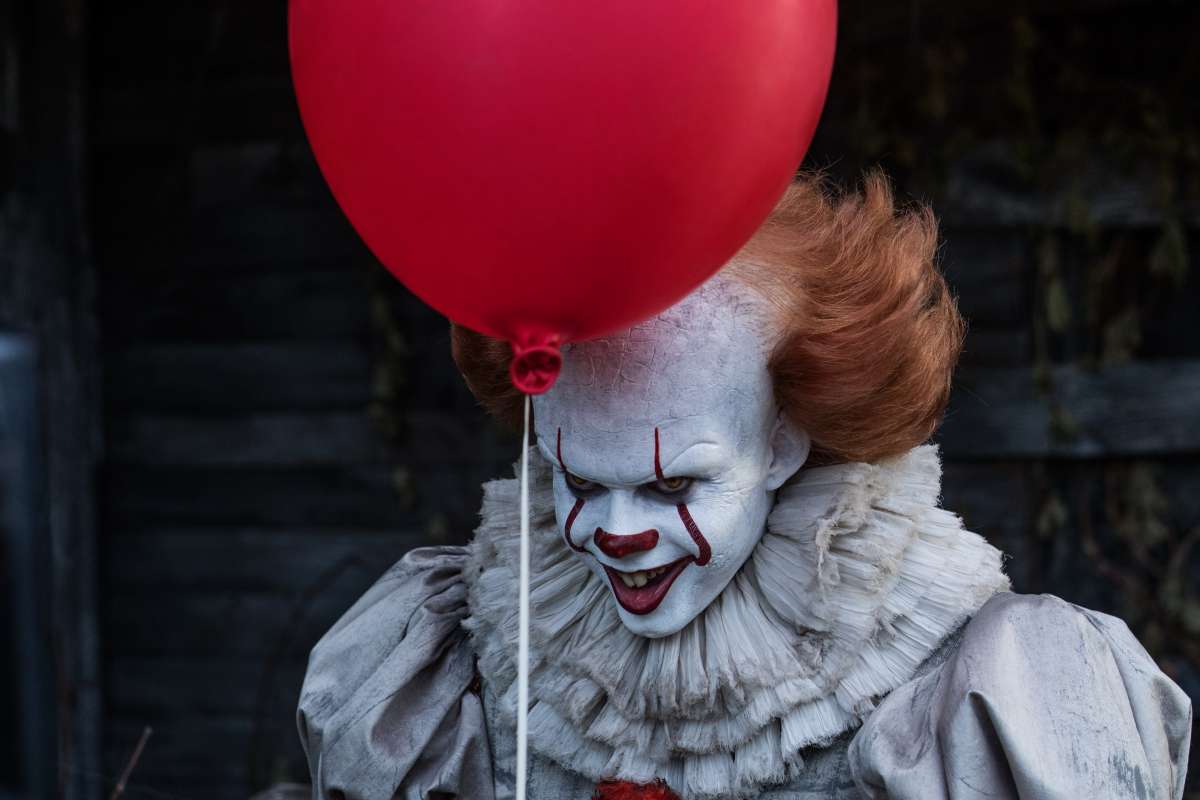 In an era of horror cinema saturated with jump scares, the return to the classic horror approach of placing your creature front and centre rather than hidden is refreshing and much-needed, and only serves to enhance an awe-inducing lead performance that scares with every appearance.

After 135 minutes of childhood frolics and scare-inducing imagery, this tale of evil vs innocence ends with the caption “Chapter One”, a clear indication that while some elements have been resolved, the nightmare is far from over. This notion of “unfinished business” is a sentiment that echoes throughout many Stephen King book-to-screen adaptations, but where many have failed to match the potential of their source material, Andrés Muschietti’s 2017 update on the horror auteur’s magnum opus is a resounding triumph.

Once again recounting the story of an ancient evil capable of manifesting itself as people’s deepest, darkest fears, IT immediately grabs you with a spine-tingling pre-title sequence where poor Georgie can’t keep up with his paper boat as it sails hopelessly into the sewer. Familiar to fans of the novel/miniseries, this eerily iconographic image of a yellow-jacketed boy speaking to a clown is what sets our story in motion and will certainly stop you looking into a storm drain ever again.

Dubbing themselves “The Losers Club”, the quirky group of nerds and misfits who task themselves with solving the mysterious disappearance of Georgie are expertly cast and written. What could have easily been treated as the same-old Stephen King cliché of a gang of pre-adolescents coming together to overcome adversity instead transcends to something much higher thanks to an inspired decision to change the setting from the 50s to the 80s.

Pop culture nods to the likes of New Kids On The Block and Nightmare On Elm Street are dialled up to the max, permitting hilarious streams of believable teenage banter amongst the group (penis and your mum jokes included), as Muschietti tips his hat to the horror classics of that era. Jaeden Lieberher’s Bill is a particular standout as the leader of the group who, following the loss of his brother, plays a key role in rousing his friends to overcome their personal demons as well as tame the darker forces which are at play.

Speaking of which, the eponymous IT – this time played by the unnervingly child-like Bill Skarsgård – poses an appropriately creepy threat twenty-seven years after Tim Curry originally set skins crawling as Pennywise the dancing the clown. In an era of horror cinema saturated with jump scares, the return to the classic horror approach of placing your creature front and centre rather than hidden is refreshing and much-needed, and only serves to enhance an awe-inducing lead performance that scares with every appearance.

It would be wrong to categorise IT as a horror, and in fact, rather undersells it. This is no simple genre piece, but a dark, often hopeful coming-of-age tale that isn’t afraid to be as fun as it is frightening. Bring on Chapter Two. 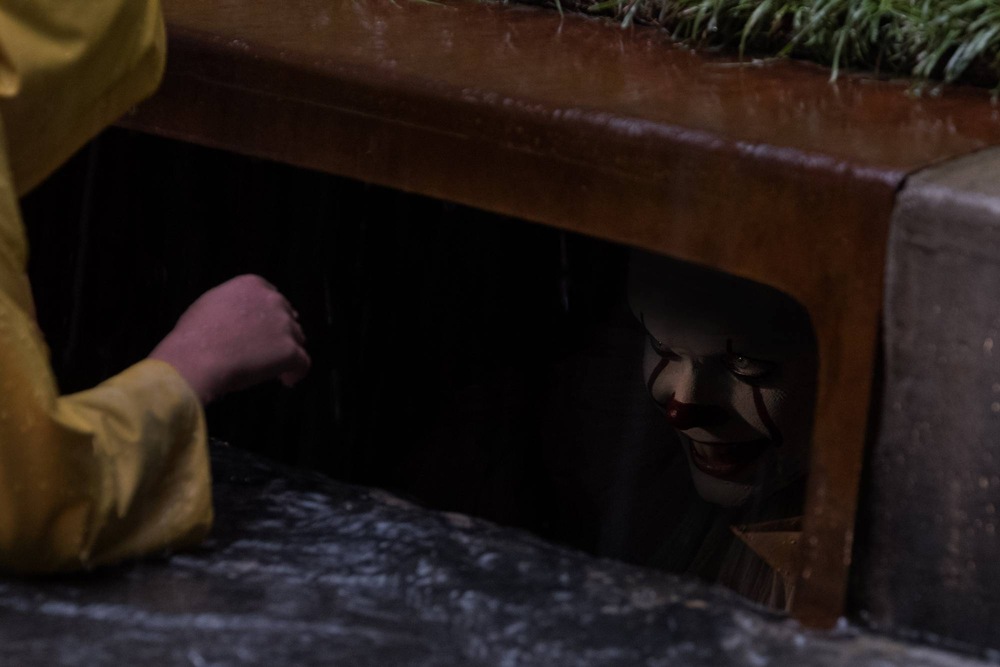 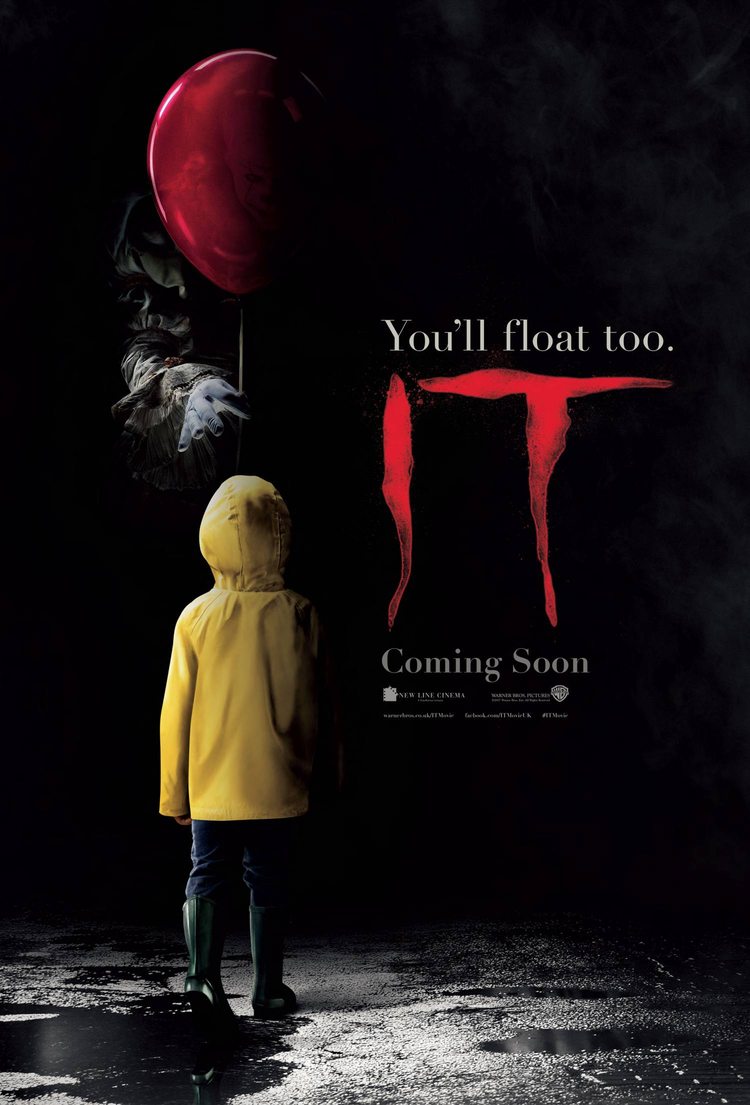 In Kingâ€™s seminal coming-of-age horror, seven children are terrorised by a shape-shifting demon which takes the form of a child-killing clown.