The mastermind behind Happy Death Day is back with another twisted take on the slasher movie, this time blending horror with classic body-swap comedy. The trailer introduces Kathryn Newton as high-school sweetheart Millie who is every bit your stereotypical slasher victim, and, as horror convention demands, the latest victim of her town’s infamous serial killer, Vince Vaughn’s Blissfield Butcher. Everything is going according to genre plan until the Butcher’s ancient dagger causes the pair to switch bodies. Now, Millie finds herself caught in the middle of a manhunt, trying to save her school friends from her now murderous teenage body, and, worst of all, in a race against time as she has only twenty-four hours to swap back or be left stuck forever. A UK release date is still to be confirmed by Universal has set a domestic US release for November 13 which suggests we may well be in for one Freaky Friday the Thirteenth. 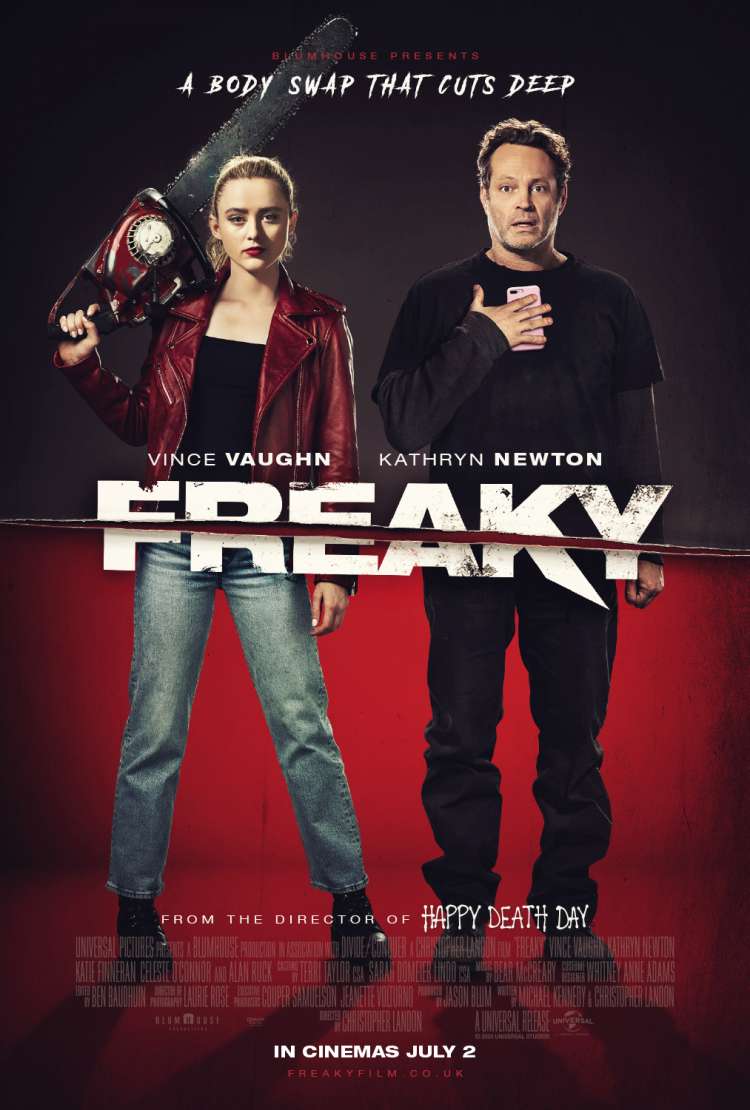 A body swap that cuts deepCLICK TO FIND OUT MORE
15