After a jaw-dropping first look that received the whole range of reactions, the new trailer for Tom Hooper’s big-screen adaptation of Cats claws back sceptics with some answers and a better description of a story. Expanding on the stage sensation’s confusing concept with additional dialogue and drama, Cats is set entirely around the Jellicle Ball; a would-be pageant where a tribe of cats compete for a chance at a new life. The all-singing, all-dancing, all-star ensemble will each take to the stage to compel Judi Dench’s wise Old Deuteronomy to select them as the cat with the best, purest soul and let them ascend to the Heavyside Layer to be reborn. In addition to the plot reveal, the new trailer provides a much better look at the cast’s digital transformations as they become furry felines through sensational yet divisive digital technology. Taylor Swift, James Corden, Jason Derulo, Jennifer Hudson, Ian McKellen, Rebel Wilson, and Royal Ballet’s Francesca Hayward each get their moment to shine. Still, it’s Idris Elba’s mysterious Macavity who steals the spotlight as he emerges from the shadows as the film’s antagonist. 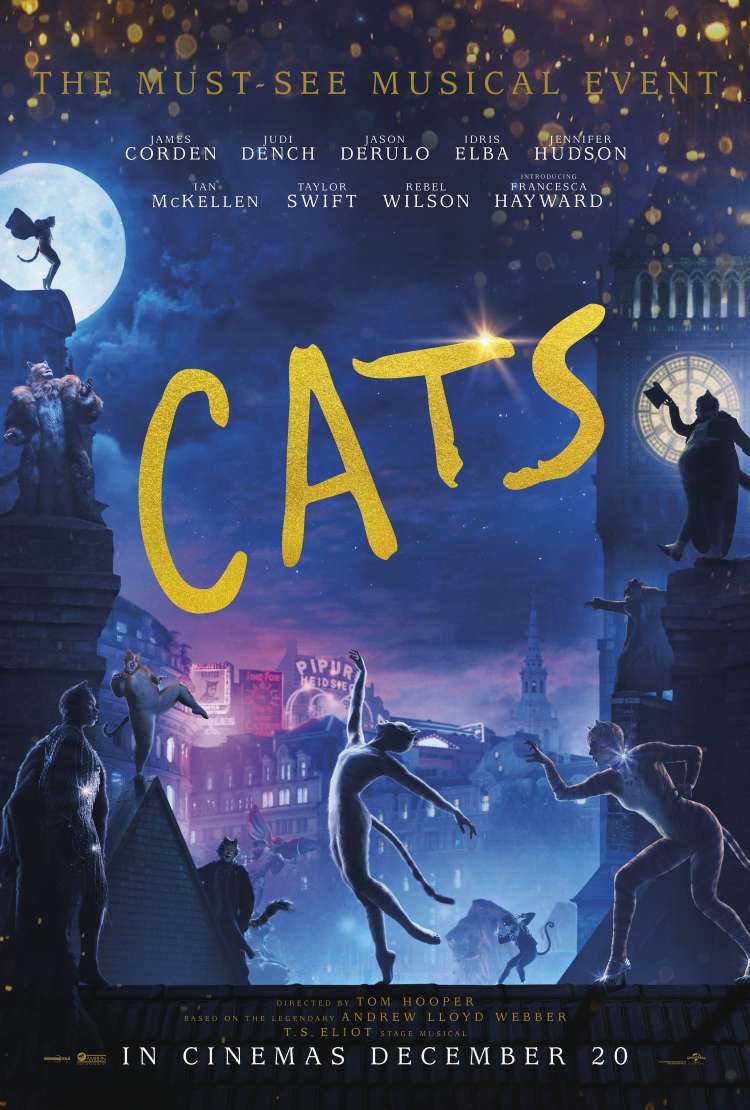 You Will BelieveCLICK TO FIND OUT MORE
U
NEWS