The 1974 slasher that saw sorority sisters getting picked off one by one during the holiday season is considered a cult horror classic and the film that started the subgenre of teen slashers. Fresh off the back of their successful slasher remake Halloween, modern cinema’s leading horror producer Blumhouse Productions return with a timely take on the classic tale that twists the genre tropes as a campus killer discovers that this generation’s young women aren’t about to be anyone’s victims. Set at prestigious Hawthorne College during the holiday season, the trailer introduces our four leading ladies Imogen Poots, Lily Donoghue, Aleyse Shannon, Brittany O’Grady who star as sorority sisters who discover that a black-masked killer is stalking sorority women, and picking them off one-by-one. But there’s more to this slasher than meets the eye as it appears the killer isn’t a one-time threat and a sinister, cultish conspiracy lies beneath. As they try to uncover the truth and realise no man can be trusted, the four femme fatales decide to get fatal and fight back. 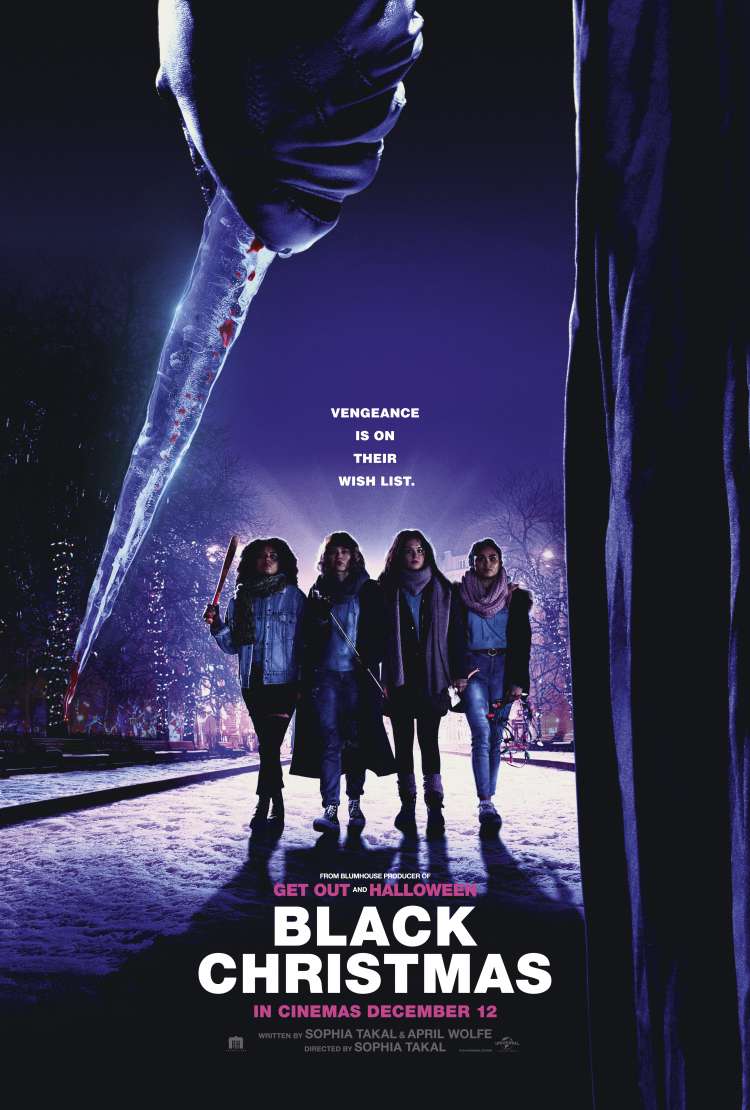 As Hawthorne College celebrates the festive season, a stalker begins to kill off sorority members one by one, but this sisterhood isn’t going to go down without a fight.