Nomadland named Best Film as this year’s BAFTAs are awarded. 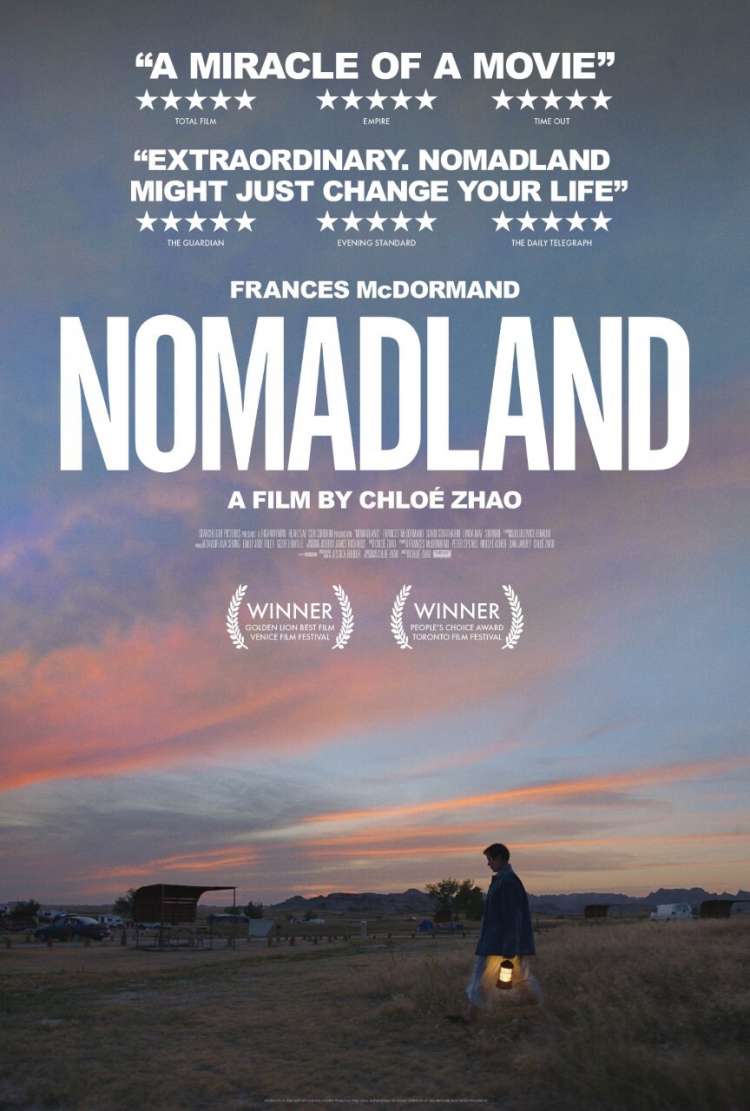 In an almost empty Royal Albert Hall, with nominees dialled in via Zoom and only a few stars in attendance to host and open envelopes, it was a very different BAFTA ceremony. Yet regardless of the restrictions and social distancing, there were still plenty of smiles, laughs, and even some surprises for everyone watching at home as this year’s EE British Academy Film Awards were handed out.

Nomadland was the night's big winner as it took four prizes including the top honour as Best Film. The drama about a woman who packs her life into a van and hits the road to explore living outside conventional society also saw wins for its star, Frances McDormand, who won best Leading Actress; its cinematographer, Cornwall’s Joshua James Richards; and its director, Chloé Zhao, who became only the second woman in history to become BAFTA best Director.

It was also a big night for Sir Anthony Hopkins who surprised everyone, and even himself, by coming out on top of a highly-competitive list of nominees to win his third Leading Actor BAFTA for his heartbreaking performance in The Father. Meanwhile the supporting actor and supporting actress categories were won by Judas And The Black Messiah’s Daniel Kaluuya and Minari’s Yuh-Jung Youn respectively.

Other key winners on the night were Promising Young Woman, as debut writer-director Emerald Fennell accepted awards for Outstanding British Film and Original Screenplay; Thomas Vinterburg’s Another Round, which won the BAFTA for Film Not In The English Language; and Disney/Pixar’s Soul, which was named best Animated Film and took the award for best Original Score.

A film by Chloe ZhaoCLICK TO FIND OUT MORE
12A
NEWS

Nomadland, Promising Young Woman, The Father, and Soul were among the big winners at the 93rd Academy Awards.