Warner Bros. unleashed a barrage of exciting new trailers at San Diego Comic-Con this past weekend but neither Fantastic Beasts: The Crimes Of Grindelwald, Godzilla II: King Of Monsters, or Shazam! made a bigger splash than the eagerly-anticipated first look at the Justice League star’s standalone story. From director James Wan, the action-packed trailer takes us back to the beginning to reveal the half-human, half-Atlantean’s origins before plunging us into the lush underwater fantasia of Atlantis as Arthur Curry embarks on a quest to defeat his villainous half-brother Orm, claim Atlantis’ throne as rightful heir, and reunite the surface and underwater worlds.

Jason Momoa returns to star as the wise-cracking reluctant hero and is joined by an exciting all-star support cast including Amber Heard as Mera, a fierce warrior who guides Aquaman on his journey; Willem Dafoe as Vulko, counsel to the Atlantean throne; Patrick Wilson as Orm/Ocean master, the present King of Atlantis; and Nicole Kidman as Arthur’s mom, Atlanna. 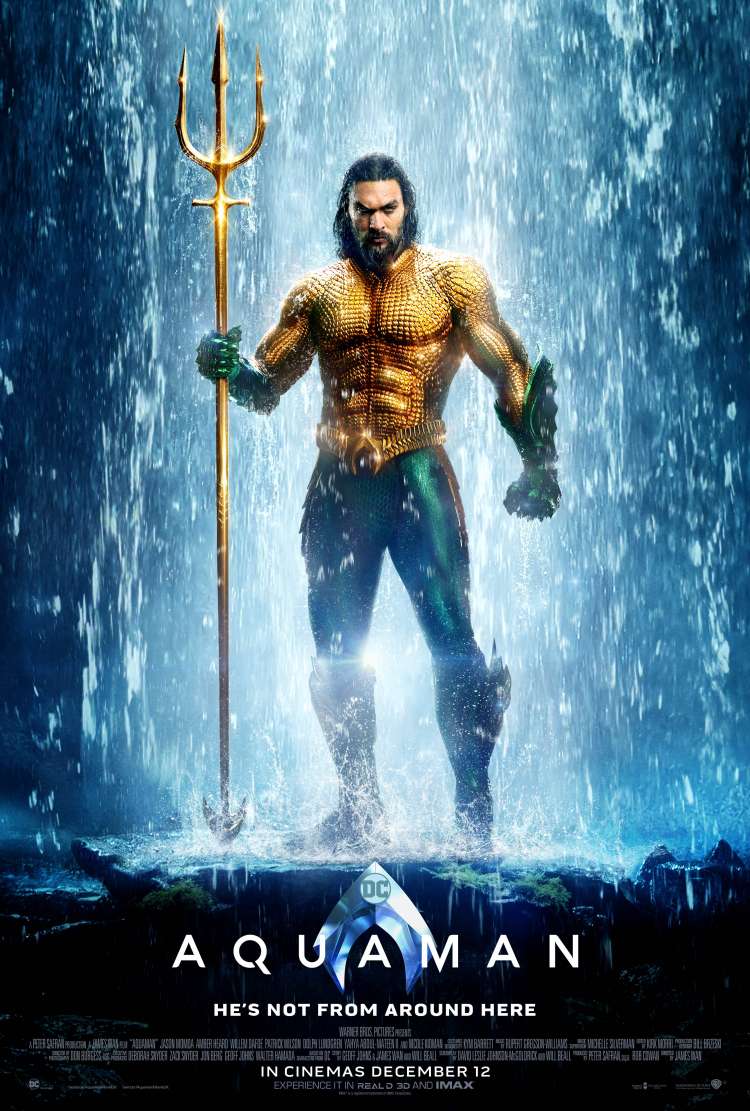 Home Is CallingCLICK TO FIND OUT MORE
12A
REVIEW