Olympus fell. London fell. Now, it’s his turn to fall. The Scottish star returns to his leading role as world-saving Secret Service agent Mike Banning who faces his toughest test yet when he's framed for an assassination attempt on the U.S. President in the first look at the third instalment of the "Has Fallen" franchise. Angel Has Fallen follows Banning accompanying Morgan Freeman's President Allan Trumbull on a fishing trip when a terrorist drone appears and eliminates everyone but two men. Waking up days later handcuffed to a hospital bed, Banning discovers that he's been charged with attempted murder. To prove his innocence, find the real threat and save the world all over again, he must evade the FBI and his own agency in another epic, action-filled adventure that sees him turn to an unlikely ally in the form of his estranged father, played by Nick Nolte. 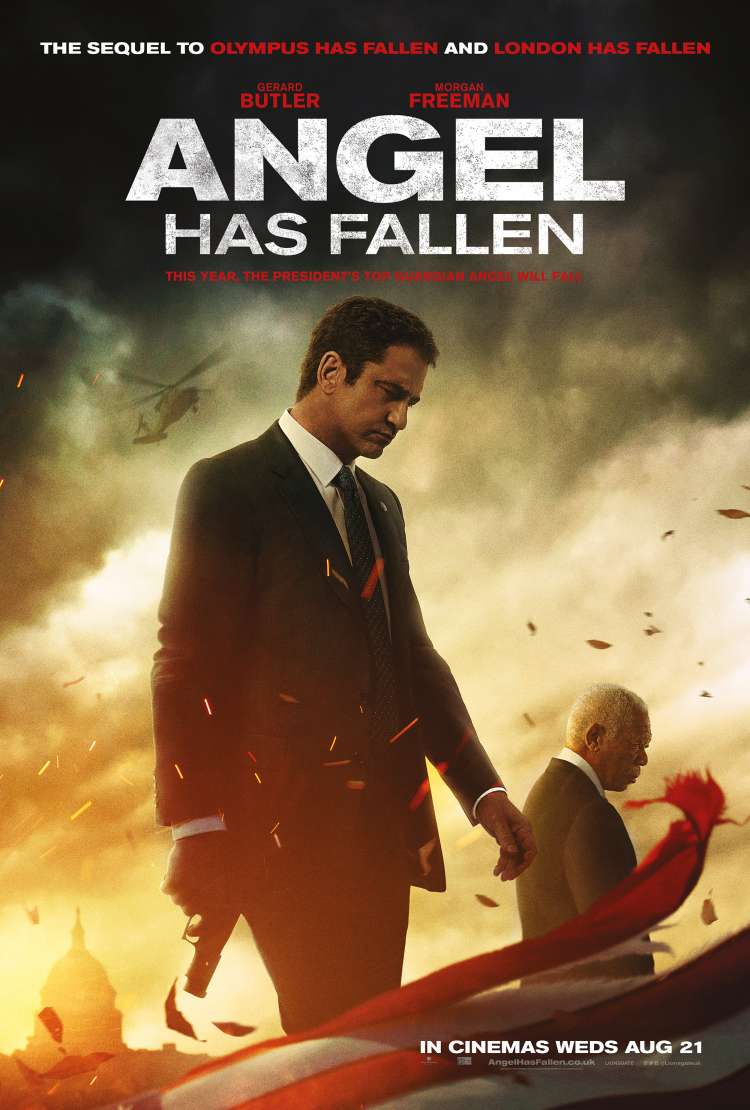 This Year, The President's Top Guardian Angel Will FallCLICK TO FIND OUT MORE
15