It’s safe to say superhero cinema dominated the last decade and that trend continues into the next as Marvel plan their next chapter. With the Infinity War won and Thanos snapped out of existence, it’s time to begin Phase 4 of the MCU. Things kick off in May as Scarlett Johansson’s Natasha Romanoff returns to Russia to reveal the origins of Black Widow, before we witness Marvel superheroics on a galactic scale in the ensemble film The Eternals later in the year.

Hot off the success of Shazam! and Joker, Warner Bros aren’t showing any signs of slowing down either as they give another legendary comic book villain the centre stage in the DCEU. Margot Robbie is back as Harley Quinn and bringing mayhem to Gotham as her Birds Of Prey take flight. Gal Gadot also returns as Diana Prince to get an eighties makeover in her long-awaited sequel Wonder Woman 1984.

Talking of the eighties, 2020 is taking a good look back on one of cinema’s most iconic decades with a fresh take on three legendary franchises. First, catch up with Tom Cruise’s insatiable need for speed in Top Gun: Maverick, then prime your proton packs for Ghostbusters: Afterlife, and finally Keanu Reeves and Alex Winter reprise their classic rockstar roles for another excellent adventure in Bill & Ted Face The Music.

But first, Guy Ritchie gets us off the mark as he follows his successful live-action adaptation of Aladdin with a riotous return to his roots with The Gentlemen. Then, in March, Disney brings another classic animated to life in Mulan before they bid Dwayne Johnson and Emily Blunt bon voyage in the incredible adventure movie Jungle Cruise. Plus, there are two new Pixar animations Onward and Soul.

There’s lots more family-friendly fare on the way too with sequels for Trolls, Peter Rabbit, and Minions; brand-new adventures for Scooby-Doo, SpongeBob, and Sonic The Hedgehog; and Robert Downey Jr starring as the man who can talk to animals in Dolittle.

There are some serious scares on the horizon too in the terrifying new take on The Grudge, unseen horrors in The Invisible Man, the return of Michael Myers in Halloween Kills, the third film in The Conjuring franchise, and the sequel to silent scarer A Quiet Place.

As for what we’re looking forward to most of all, there’s Sam Mendes’ epic war-time thriller 1917, Christopher Nolan’s daring new project Tenet, Denis Villeneuve’s ambitious adaptation of Dune, Steven Spielberg’s West Side Story, Jennifer Hudson as Aretha Franklin in Respect, and the small matter of James Bond’s return in No Time To Die. 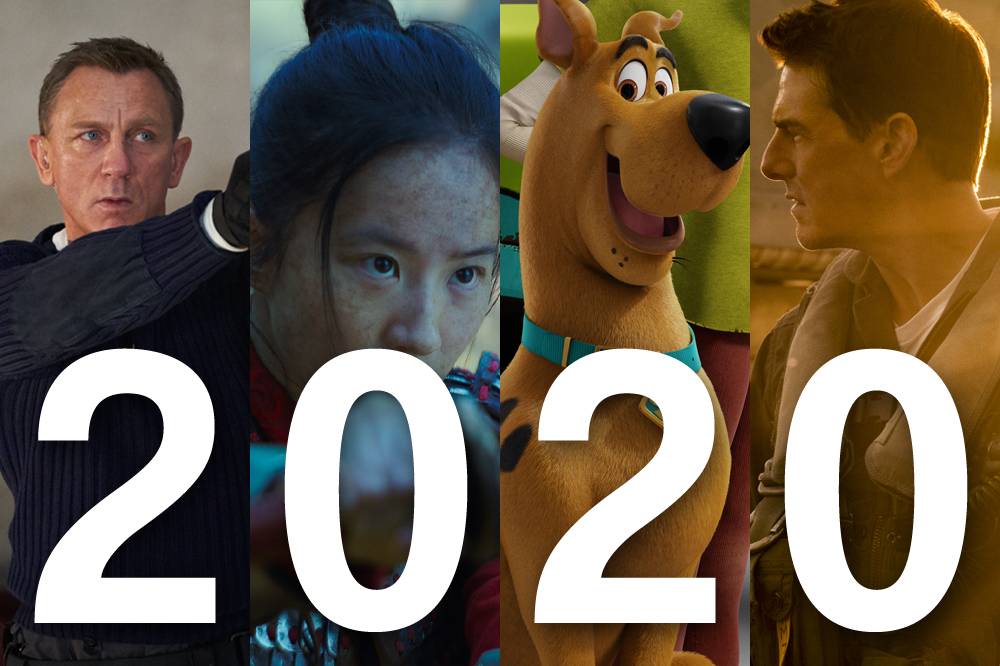