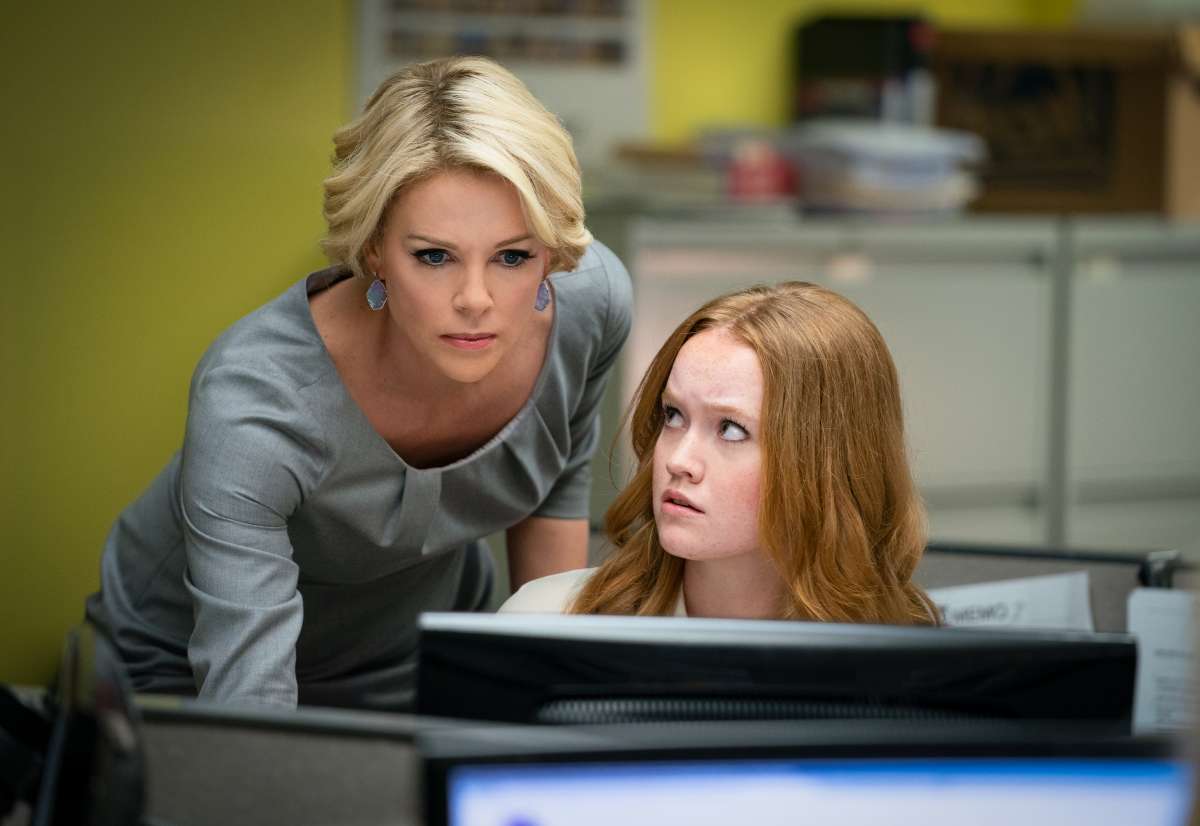 Theron is phenomenal as she delivers a transformative performance akin to her work in 2003’s Monster, in which she’s again unrecognisable – thanks to her low timbre, some subtle prosthetics, and Oscar-worthy hair and makeup.

Much like 9/11, JFK’s assassination, and other world-changing events that emanated from America, 2017’s #MeToo movement caused such a colossal shift in the public zeitgeist that it was only a matter of time before filmmakers drew on it for dramatic material. What no-one saw coming, though, was the first cinematic attempt coming from the guy who brought us Austin Powers. But as strange as that may seem, director Jay Roach’s stewardship sees Bombshell leap past its potential as a cutting docudrama introducing enough style, bite, and wit to keep you relentlessly glued.

Based on several real-life accounts, Bombshell tells the story of former Fox News head Roger Ailes’ defamation, in which he was accused, sued, and ultimately proven guilty of sexually assaulting several of his staff. Anchored by Charlize Theron’s exceptional depiction of broadcaster Megyn Kelly, Bombshell breaks the news at ground-level over several years from within the walls of the newsroom with Kelly as our main lens. Theron is phenomenal as she delivers a transformative performance akin to her work in 2003’s Monster, in which she’s again unrecognisable – thanks to her low timbre, some subtle prosthetics, and Oscar-worthy hair and makeup.

Theron portrays Kelly as a tough, independent go-getter with her eyes on the prize, but also contrasts that with the inner fragility needed to do this delicate subject justice. The same is true of Margot Robbie’s aspiring Kayla Pospisil and Nicole Kidman’s determined and vengeful Gretchen Carlson, both of whom put in great turns as they play their part in the story. These three strong women serve as the prism in which we’re shown the shocking events that happen in the workplace when cruel men like Ailes go unchallenged.

Glamourising such severe incidents with this amount of Hollywood sheen and gusto could be seen as questionable by some, particularly as the tough subject matter is diluted into a more digestible drama. But, in mirroring the “infotainment” Fox News is famous for, Bombshell is smart in the way it tackles the modern sexual harassment issue by not biting off more than it can chew, and bringing a lesser-known tale that precedes Weinstein’s high-profile outing by almost an entire year to the masses. With the beginnings of Trump’s America as a backdrop, the events become doubly-chilling and painfully ironic.

But where the line between what works in news and in cinema is drawn are the moments where leading characters pause the story and address the audience directly. Where this tool helped explain the complicated workings of the American housing system in The Big Short, implementing it here to tackle some of the difficult themes only comes across as flippant, tonally odd, and gimmicky.

Still, this strange stylistic choice doesn’t detract from what is an otherwise unbelievably engaging story of true courage and female empowerment, featuring three great central performances and plenty of flair. Just as Ailes’ downfall was merely the first high-profile domino to be tipped, Bombshell’s success will ensure it becomes the first of many #MeToo movies to follow. Here’s hoping they’re just as compelling. 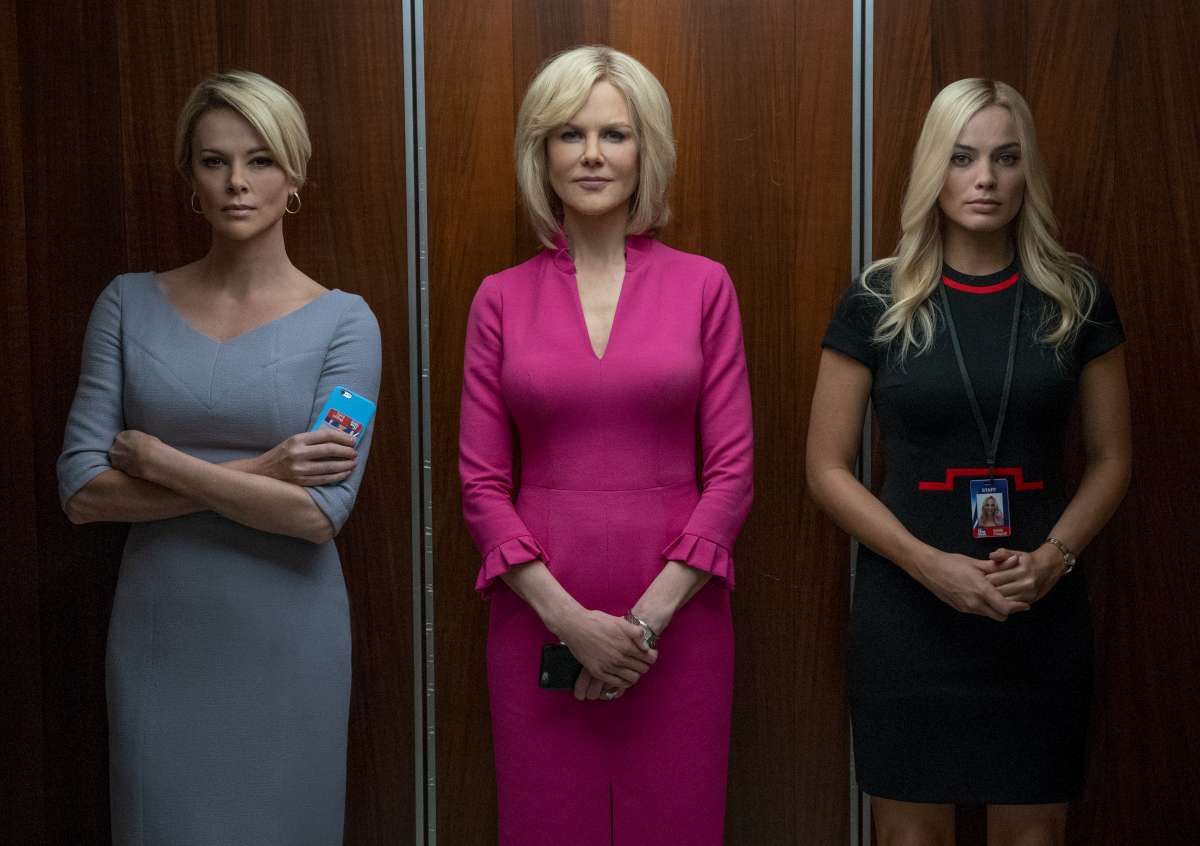 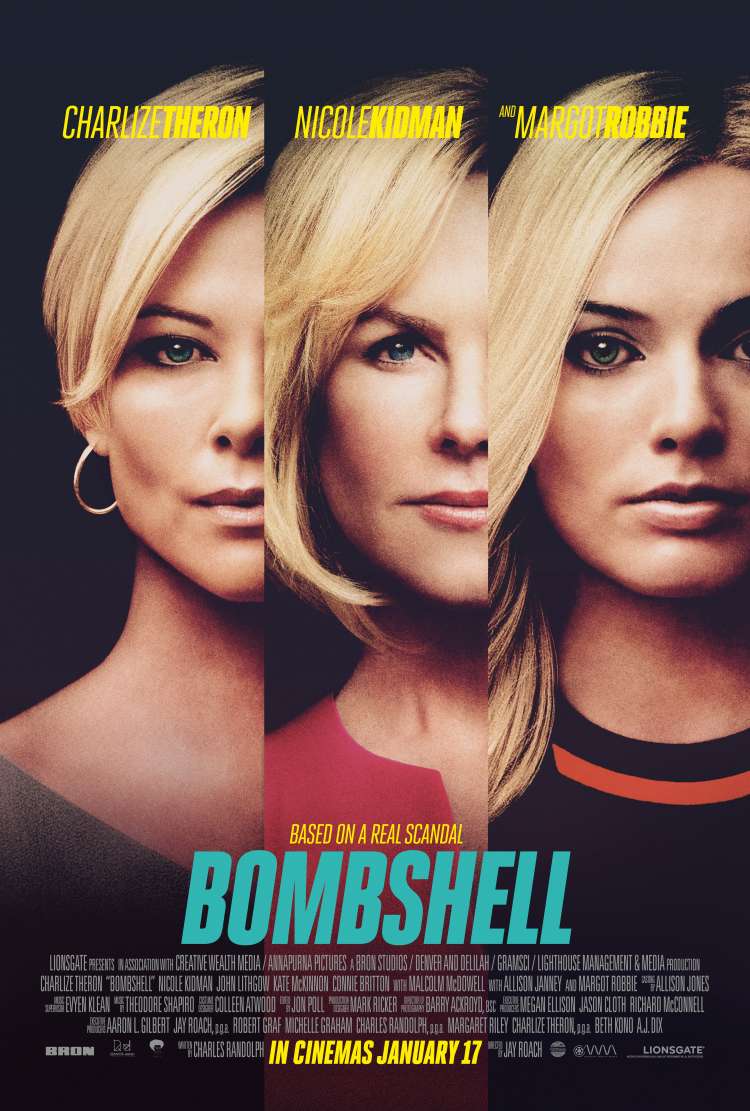 Based On The Real ScandalCLICK TO FIND OUT MORE
15
FEATURE